Skip to content
Note: This is the current working Introduction. It might be modified in the final publication.

Like a roller coaster, the C-word takes us from the depths of despair to giddy exhilaration, from fear to unquenchable curiosity.

In the world of conspiracy, the coronavirus COVID-19 could have been made in a laboratory. Your local elementary school could be controlled by Microsoft while Bill Gates weaves a sinister plot involving the “Doomsday Seed Vault” he invested a tiny part of his vast fortune in. The Holocaust could be a fabrication, and Jews could be guilty of worse crimes than they accuse the “Nazis” of.

Many conspiracy addicts follow clues like tireless bloodhounds, getting an adrenaline rush even before they reach the end of the trail. At the other extreme are people who do not believe in conspiracies, period. And, to be fair, there are many conspiracy sleuths who treat their subject with a calm, matter-of-fact detachment. Believe it or not, conspiracy can be boring, partly because it’s so commonplace.

ANY HISTORIAN WHO DOESN’T BELIEVE IN CONSPIRACY ISN’T A REAL HISTORIAN.

Ebbing and flowing between the conspiracy theorists and anti-conspiracists are the muddled masses who simply can’t handle the truth; who wants to know about sinister plots to kill millions of people with bizarre secret weapons?

Many people are afraid to utter the word conspiracy lest they be ridiculed. In fact, much of that ridicule is itself evidence of a conspiracy, a conspiracy that preys on our cognitive biases (e.g. “peer pressure”). Conspiracy theorists may even find themselves attacked by pseudo-philosophers who hurl weapons most of us have never even heard of, like “Occam’s razor” and “falsification.”

Yes, I’ve hit you with a few unfamiliar terms, some seemingly outrageous claims, and a little psychology and philosophy.

But don’t panic. I’ve gone to extraordinary lengths to make this book as easy to understand as possible. (Hey, this book is illustrated!)

No one person could ever know all there is to know about conspiracy science, but you don’t have to be a rocket scientist to acquire a general working knowledge of conspiracy. In fact, most people are conspiracy theorists intuitively without even realizing it.

One of the biggest obstacles a budding conspiratologist faces is the daunting gauntlet of definitions that have sprung up around the term conspiracy theory. Even the terms conspire and conspiracy can be confusing, but conspiracy theory is off the chart.

As you will soon learn, the definitions vary with the actors. For example, the term conspiracy theory means very different things to a 9/11 truther and a propagandist.

Yet conspiracy theory can have different meanings even among truthers.

Are we talking theory in the scientific sense (e.g. the theory of evolution), or are we just talking in plain English?

This book is based on the premise that conspiracy is not just real—it’s far more common than most people realize. And I’m not just talking about criminal/civil conspiracy. Grand conspiracies in which multiple agencies, organizations and governments collude to start wars or exploit millions of people are very common as well.

Given the fact that 1) conspiracy is such a big part of life, and 2) humans are very vocal thinking creatures, it’s only natural that people should think and talk about conspiracy on different levels, from speculation and rumors to kneejerk quips to scientific analysis.

YOU CAN’T UNDERSTAND CLASSIC CONSPIRACY WITHOUT ALSO HAVING SOME UNDERSTANDING OF THE WACKO ANTI-CONSPIRACY THEORY CONJURED UP BY AN ARMY OF MEDIA WHORES, PSEUDO-SCIENTISTS, AND OTHER PROPAGANDISTS

In that spirit, this book covers the entire spectrum, from “classic conspiracy theory” to the spider web of ridicule and goofy ideas spun by propagandists.

It can be extremely confusing at first. Even after researching, writing and publishing this book, I still have a hard time decoding some of the bullshit an army of propagandists churn out 24/7.

Nevertheless, it isn’t hopeless. After reading this book, you should have a a reasonably clear idea of what conspiracy and conspiracy theory are, even if it’s impossible to capture their essence in one concise definition. 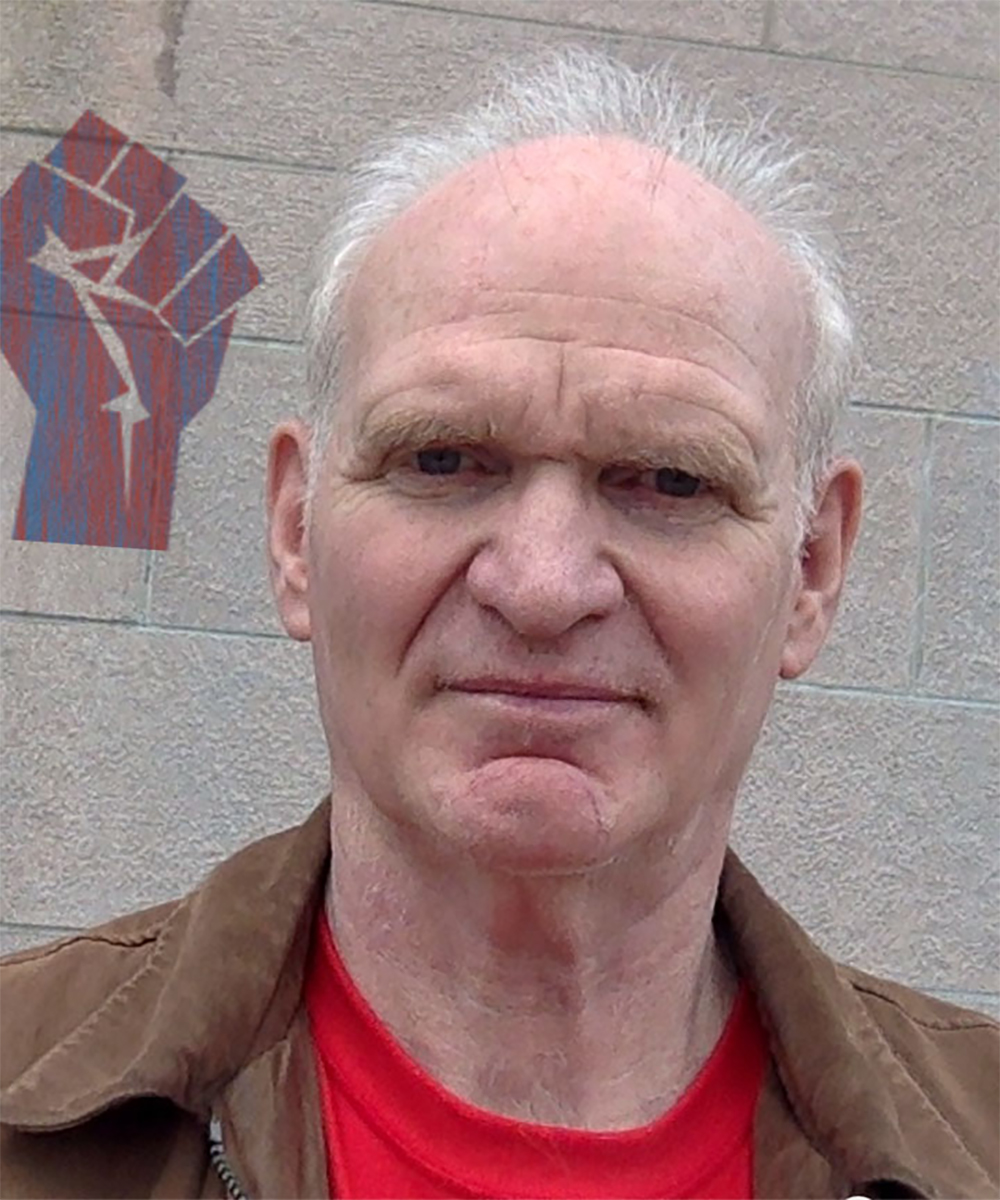 If you aren’t curious about my credentials, shame on you. If people bothered researching authors, 95% of the books written about political science would probably be burned in a giant lake of fire that would make Amazon’s infamous book bannings look like child’s play. (Do you think Amazon’s thought police are evidence of a conspiracy?)

But I don’t want to swell this introduction with a lengthy discussion of me. Instead, I put my biography in the back.

However, I would very briefly like to say that I was privy to some very dicey information when I was in the Navy. I’ve also worked as a teacher in Seattle’s public schools, which are a conspiracy magnet, and I’ve run for public office, including Washington State Governor. Not only have I observed many conspiracies up close and personal, I’ve been in the middle of some.

As a matter of fact, I orchestrated my own conspiracy shortly before this book was published, and it helped me slime a media whore named Jim Camden and a stinky politico named Glen Morgan.

You can learn more about that little adventure here.

After reading this book, you’ll understand why I call myself Seattle’s only political activist.

Conspiracies All Around Us ˆ

Nevertheless, this book does mention scores of conspiracies, though it focuses primarily on more familiar conspiracies, such as the John F. Kennedy assassination, Watergate, 9/11 and the coronavirus “plandemic.”

Watergate is of special interest because it’s no longer a theory; it led to criminal prosecution and convictions, and it involved some very powerful people associated primarily with the U.S. government, an institution far too many people still foolishly trust.

Many conspiracy theorists believe JFK and 9/11 were both inside jobs, and many also think Israeli actors were involved. And since the Jews call anyone who criticizes Israel racist, let’s be fair and blame them on the Jews, most of whom appear to be joined at the hip with Israel. For whatever it’s worth, the mainstream accounts also qualify as conspiracy theories, though the blame is pinned on very different conspirators.

I was following the Jeffrey Epstein case as I worked on this book and was stunned by the news that he died before he could take the witness stand.

I immediately realized that the Jeffrey Epstein conspiracy ranks up there with JFK, Watergate and 9/11. Epstein was one of the most sensational (and disgusting) criminals in American history. He was connected to some very powerful people. And the story trotted out by the corporate media is simply unbelievable. Last but not least, the Jewish connection is staring us right in the face; Epstein was a Jew, and he was allegedly associated with Israel’s dreaded Mossad.

And so I created a Jeffrey Epstein icon to accompany my JFK and 9/11 icons. The red V and wavy blue line represent the Virgin Islands, the home of Epstein’s infamous Pedophile Island. The design includes Epstein’s initials, JE, placed above a segment of the blue wave that looks like a letter W. Together, they spell JEW. And if you think that sounds racist (or “antisemitic”) wait until you explore my book. Not a fan of political correctness, I call a spade a spade.

Yet Jeffrey Epstein and maybe even 9/11 are dwarfed by a cluster of global mega-conspiracies that are still playing out.

The star of the show is the coronavirus plandemic, which was intertwined with seemingly endless nationwide protests in the wake of the murder of George Floyd and a high-tech trade war between the U.S. and China. Start connecting the dots, and we have a recipe for something that could make World War II look like a picnic.

By the way, this book is, to the best of my knowledge, the only one of its kind.

Books about conspiracy generally fall into one of two categories. The great majority focus on specific conspiracies. Books that discuss the mechanics of conspiracy in general appear to be very rare.

We can similarly divide the authors of books about conspiracy into two categories—propagandists and truthers. Though I haven’t reviewed all the literature, my perception is that all the books focusing on conspiracy science (as opposed to books about specific conspiracies) were written by propagandists.

In summary, there’s a considerable body of bogus scientific papers discussing the nuts and bolts of conspiracy and conspiracy theory. However, they can all be classifed as masterpieces of bullshit.

Then again, it’s possible there are some other good conspiracy books out there that are simply invisible because they’ve been banned by Amazon or because Google is helping to steer traffic to web pages promoting bogus conspiracy books.

PLEASE LET ME KNOW IF YOU DISCOVER ANY BOOKS THAT ARE BETTER OR EVEN SIMILAR TO THIS ONE.

Otherwise, the book you’re reading may be the first and only book that truthfully explores the world of conspiracy. If you know of any other books that are worthy of attention, let me know and I’ll review them. If they appear to be on the level, I’ll be happy to publicize them on my website and in future editions of this book.

Another star feature is my analysis of anti-conspiracy propaganda, which borrows heavily from both science and philosophy—cemented with a lot of bullshit. I’ve identified quite a number of fallacious arguments and blatant lies and written detailed explanations.

I’ve also created pictures that are often more effective than words in illustrating principles and pointing out red flags. Pictures, bulleted lists and other learning aids make this reference thorough and user friendly.

Finally, this book is part of a series of books about political science that reinforce each other. Other books in the series will take a closer look at political psychology and philosophy, Jewarchy (Jewish corruption) and the two world wars.

Clean up your mind! ˆ

Before you jump into Conspiracy Science 101, I ask you to pretend your mind is a chalkboard and erase it, turning it into a blank slate. But before you do that, you’ll probably have to repair some of the brain damage we all suffer from.

After you’ve done some mind maintenance, I want you to learn to think outside the box. I want you to go even further, daring to think the unthinkable.

I want you to accept the possibility that Jesus was a political activist and a communist—or that he never existed at all. Accept the possibility that Adolf Hitler was one of modern history’s greatest heroes, no space aliens have ever visited Earth and Sasquatch (aka Bigfoot) doesn’t exist, though similar creatures may have inhabited Eurasia until fairly recent times.

After reading this book, you may still believe Adolf Hitler was indeed the most evil individual who ever lived and Jesus was a capitalist. But I promise that you don’t know everything, and some of your most basic beliefs are flawed. I’ve certainly changed the way I think about a lot of things since my political awakening a quarter century ago. And I still have a lot to learn.

Just for fun (and to make sure your brain is engaged), let’s take a couple short quizzes. Don’t feel bad if you don’t get a great score. Making mistakes is part of the learning process.

Quiz I. Which of the following are/were conspiracies?

Quiz II. Which of the following are conspiracy theories?